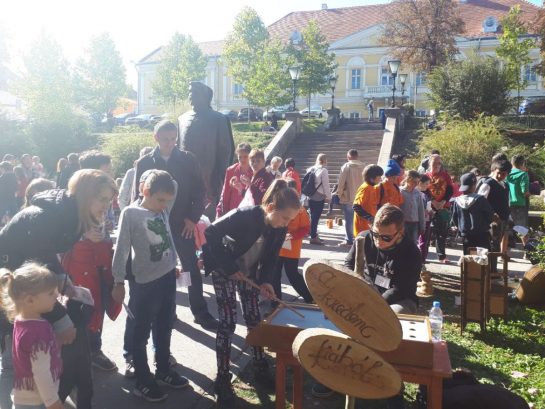 The Community Centre from Sfântu Gheorghe and the Volunteer Program organized together the children’s program of the Sekler Chimney Cake Festival between September 30th and October 1st. During the events, children and adults could participate in skill games. The children could gather in small notebooks the points given at each of the game they completed, and the points could be exchanged for tasty sweets. The number of the children who took place in the program exceeded 600 during the two days, which means that the youngsters were involved in 9 000 games altogether.

The volunteers reported that the children were very skillful, eager and perseverant in fulfilling the tasks, and there were ones who tried a specific game a number of times, by which they enhanced their memory, patience and smartness.