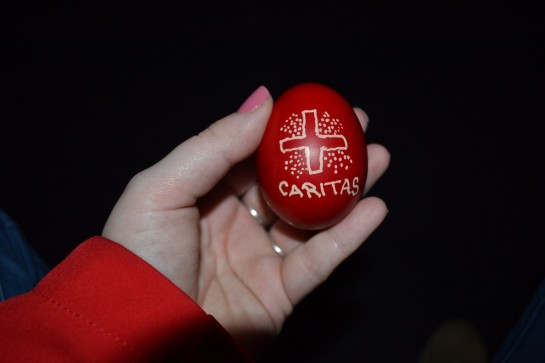 On the 22th of March, the volunteers got together to prepare for Easter.

At this occasion everybody could make his own Easter-egg. They used two technics: the egg-writing, which had an old tradition and the decoupage-technic, which was new for everybody. Our guest was Filip Judit, who introduced us in the secrets of the egg-writing and showed us how to use the instrument called “kesice”, which is used at this technic. We learned that the egg symbolizes the regeneration and all models have different meanings, and we wondered about the prepared eggs which were brought by our guest and which inspired us. The volunteers painted their eggs with fun and enthusiasm, they tried all the technics, and the results were fantastic, and the mood was energetic.