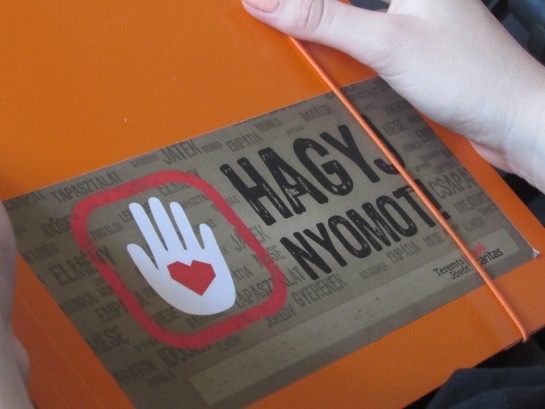 With the implication of more than 20 teams there have started the “Leave a Trace!” series of actions, gathering young people who are willing to do a job, who have decided to do something beautiful, good and useful in their environment, for some people.

During the past week the representants of the teams had the opportunity to participate in a briefing, where they could ask about the problems that have arisen during the work-process, they could meet the leaders of other groups and their ideas, and got an overall picture about the steps of putting the ideas into practice.

In Covasna county we have extended the application period at the “Leave a Trace!” until April the 22th.

Magvetők (Sowers), Játékosak (Players), Kalandor-ok (Wanderers), Nyitott szívek (Open hearts) and many others. You may soon get to know them, and their good ideas, in order to give and change.